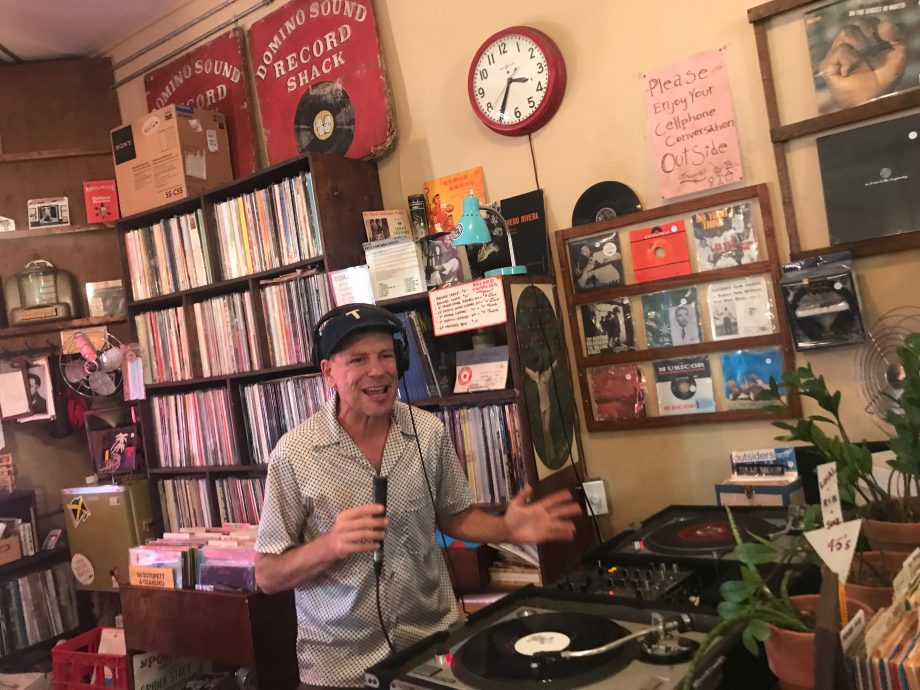 Prince Pauper has been spinning records for dancers and drinkers around New Orleans for over twenty years. Some time in the past decade he moved out of the clubs and strictly into yards for dancing in the open air. He hosts a two hour radio program on the New Orleans radio station WWOZ, 90.7fm once a month. In 2007, he opened the record shop, Domino Sound Record Shack, on Bayou Road, where this broadcast comes from. The shop soon expanded to a slow moving record label with thirteen albums and several mixtapes released up to this point.